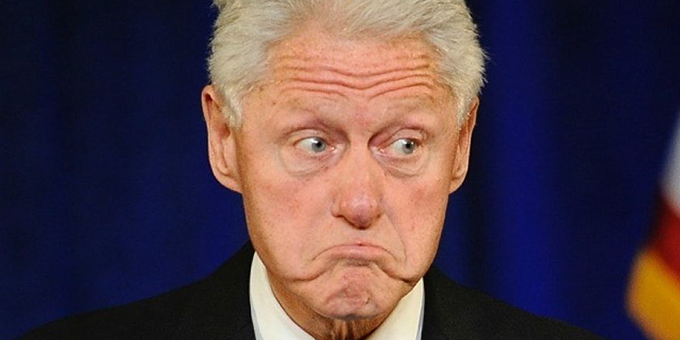 BOSTON—Former president Bill Clinton responded to controversy surrounding an alleged violation of Massachusetts’ prohibition against campaigning at a polling place, insisting that he was “merely hitting on women” rather than attempting to solicit votes for his wife.

The controversy began after Clinton was spotted within multiple voting precincts in the Boston area, in apparent violation of a law prohibiting campaigning within 150 feet of a polling place.

Voting and Counting Procedures for the Commonwealth of Massachusetts states:

Within 150 feet of a polling place as defined in 950 CMR 53.03(18)(c), no person shall solicit votes for or against, or otherwise promote or oppose, any person or political party or position on a ballot question, to be voted on at the current election.

In a press conference, Clinton stated that he was “just trying to bag some a dat(sic) New England lobstah tail, if you know what I mean” before running across the front row of the gathered press and collecting a chain of high fives.

Clinton added that it was insulting that people assumed he was supporting his wife.

“How dare anyone besmirch my good name and accuse me of nepotism,” said Clinton. “Honestly, I’m more of a Bernie man myself.”