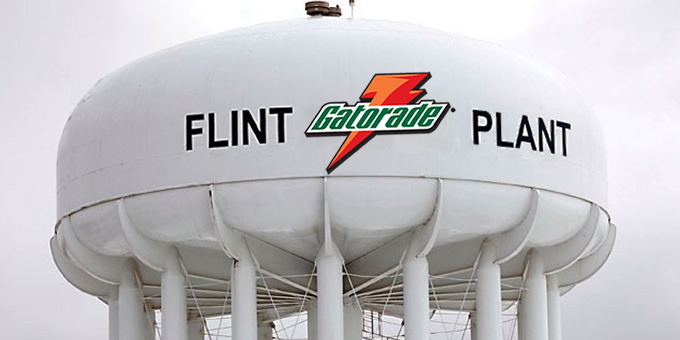 According to a press release, the sports drink maker has secured legal ownership of Flint’s water supply, and have plans to upgrade the system to dispense their Lemon-Lime flavor rather than “boring old water, like one is apt to find in a toilet.”

City councilman Dwayne Camancho admitted he hadn’t read the contract, but still praised the deal, pointing out the importance of adding electrolytes to the diets of the city’s children.

Representatives from the the local Costco School of Law said the deal was a unique contract without legal precedent, adding that they were welcoming to the deal which they loved.

Follow Stubhill News for all the latest native advertising..

8 thoughts on “Flint, Mich. water supply to be replaced with Gatorade”