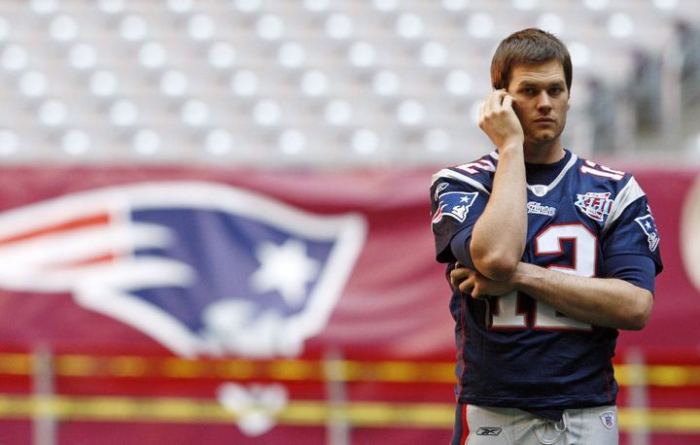 The source claimed to have been on the phone with Brady and asked him “did you deflate the balls?” to which he replied “Of course! Isn’t it obvious?”

Brady claims there is an explanation for the apparent confession.

“I was talking to a reporter for ESPN and the phone reception was garbage – I had trouble hearing him,” said Brady. “On my end, the question I heard was ‘is your soulmate tall?”

Brady admitted he “thought it was a weird question,” adding “I mean she is a supermodel, of course she is tall!”

Before any clarification could be made, the reporter allegedly “giggled like a little girl and immediately hung up.”

“I knew after he hung up that there must have been a miscommunication. That damn phone had been causing me so much trouble lately,” said Brady.  “I was so angry I smashed my phone.”

Brady claims this is far from the first serious incident where the cell phone had lead people to misinterpret his words.

“Giselle ordered pizza and she got the wrong toppings like, three times. She swore I said ‘linguiça’ but I wanted ‘pepperoni pizza,” Brady said mournfully. “That crappy cell phone got me into all kinds of wacky situations.”