Republican leadership issued a statement this morning which revealed plans to obstruct the resignation of Attorney General Eric Holder. 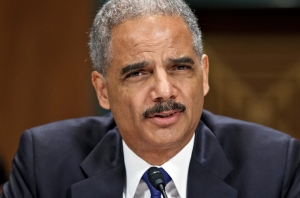 “This is just another example in a long list of where the current administration is in the wrong,” said House Speaker John Boehner (R-Ohio), “there are checks and balances, and we intend to make sure they remain.”

Boehner announced his party would be suing the administration on the grounds that Republican opposition to Obama’s administration and its policies has become the single pillar of the GOP party, and a policy action which they agree with will damage the brand which they have built for themselves, and thus do them monetary harm.

“We can’t possibly afford to obediently accept the resignation of Mr. Holder,” Boehner said, “and this is a position which you’ve put us in. Thanks, Obama.”