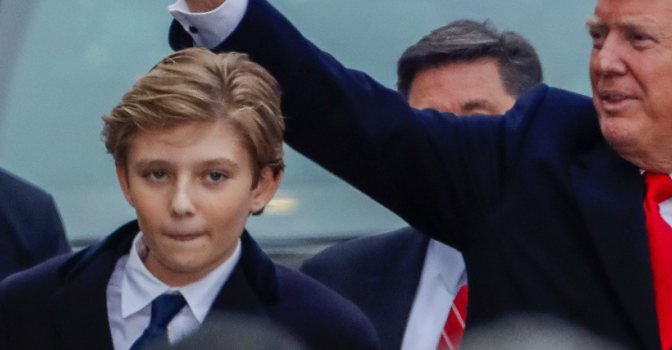 The Trump administration launched immediately into damage control, releasing a memo declaring that the President “barely knows the guy.”

“Little Barron, Whom I barely Know, has flipped on me,” Trump tweeted. “Now hearing Barron’s mother isn’t even from the US. Why weren’t they deported?! #AskSessions”

Stubhill caught up with Mueller at a local bikers bar to discuss Barron’s motivation for cooperating.

Mueller was characteristically silent, but offered a rare comment.

“A billionaire should be able to afford Xbox live for his son,” said Mueller before hopping on his Harley and whispering “sic semper tyrannis.”

Mueller then flicked his cigarette at our reporter and sped off into the sunset.

Gosh, Mueller is so cool.