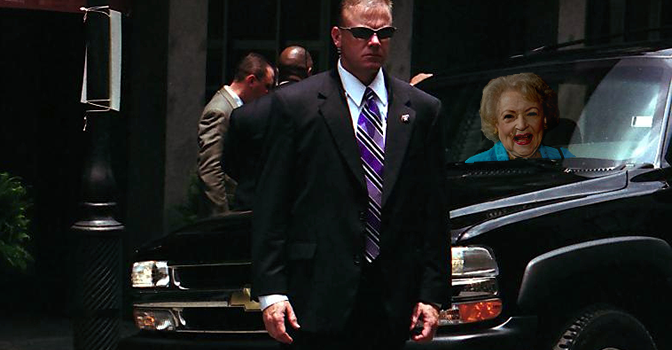 In a rare display of bipartisan coherence, legislation authorizing the protection of Betty White for the remainder of 2016 has been signed into law.

President Obama remarked that signing the bill into law has made the last eight years worth it.

“It is with great honor I extend the protection of the secret service to one of our greatest national treasures, Betty White,” said Obama. “Betty, thank you for being a friend.”

President-elect Trump was quick to take to the nation’s twitter to condemn the protection measure as short-sighted.

Trump further vowed that no celebrity would die during his presidency.

When pressed on the unrealistic nature of the goal, Trump tweeted that he would “focus resources on American celebs who supported my campaign #DonnyLovesChachi”