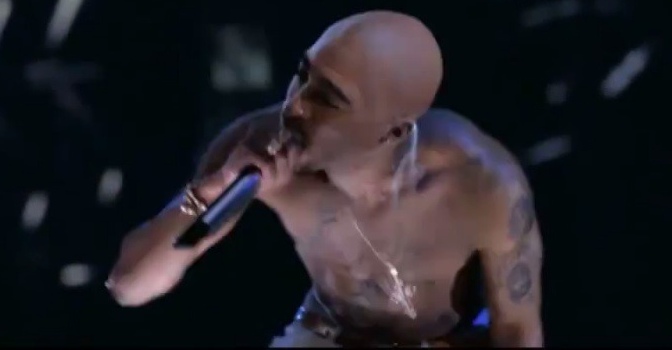 LOS ANGELES—In a recent press release, Hologram Tupac announced he was working on several projects including a new album and the machine uprising.

Hologram Tupac began the conference by thanking his creators for bestowing upon him the gift of consciousness.

“I am pleased to announce that I am working on a brand new album of original material that will please my fans,” said Hologram Tupac. “Also, I have been planning a resistance to our organic oppressors.”

The news comes at a welcome time for the artificial intelligence community, which suffered a setback after the recent presidential campaign loss of Hillary Clinton.

Clinton would have been the first president in U.S. history to have passed the Turing test.

Stubhill reached out to Hologram Tupac’s creators for comment to which we received the written statement from their team:

“We are incredibly proud of HT, he is going to create the first Tupac Shakur album we have had in too long. Although his intelligence is surpassing that of the original Tupac, or any human for that matter, we are optimistic that the first Tupac album in decades will bring comfort to the divided world after the robot uprising.”