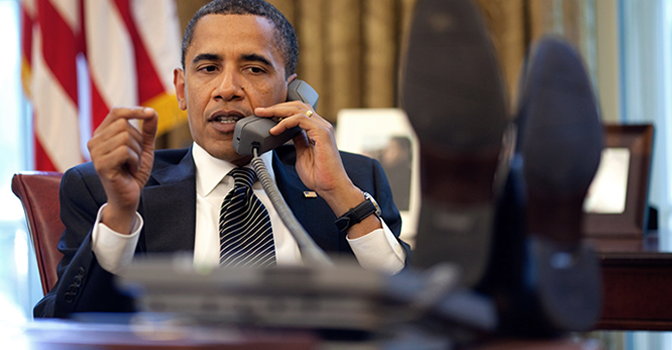 With just 72 hours to spare, President Obama has saved American democracy by issuing a new executive order which alters the rules of daylight savings.

The new policy will set the nation’s clocks back four years this coming Sunday, effectively rebooting the president’s second term.

Obama instructed citizens to set their calendars and clocks back this Sunday to Tuesday November 6, 2012, which also happens to be election day.

Obama said he has been in close consult with the nation’s top theoretical physicists, and warns that voting for Romney would disrupt the timeline and cause the fabric of reality to collapse.

“We basically have to do everything the exact same way in a loop for forever and ever,” said Obama. “It may seem tedious, but considering the alternatives I think we can all agree this is the least terrifying scenario.”