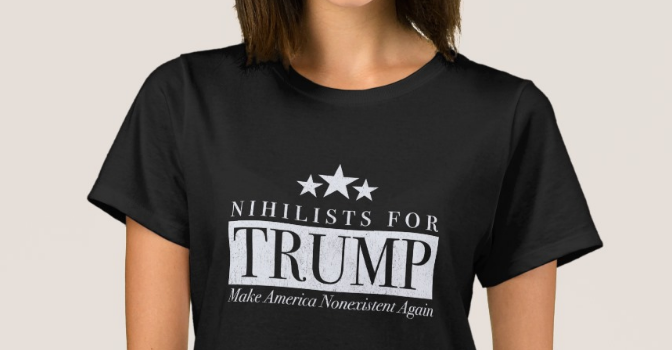 At a press conference today, the nation’s largest union of nihilists officially endorsed the presidential campaign of Donald Trump.

The speech was given by current house speaker and the union’s newest member Republican Paul Ryan.

Like many U.S. citizens, Ryan’s worldview has been upended by the 2016 election as he’s watched on helplessly as Donald Trump has taken over the Republican party.

“We only have two choices,” said Ryan putting exaggerated air quotes around choices. “We either keep our foot on the gas as we barrel down the road to our nation’s inevitable dissolution, or we double down and step on the gas like an entitlement program. Not that it matters, but we at Americans for a Less Drawn-Out End embrace the void and endorse Trump in the most apathetic terms possible.”

The lights dimmed as the event ended to the barely-audible chants of “end it.”