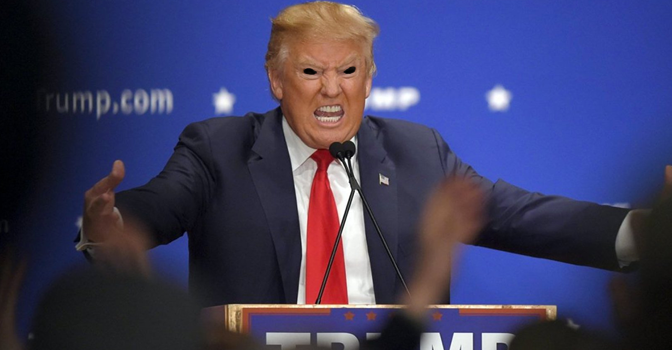 The poll response comes on the heels of Trump unveiling a surprisingly softer tone at a rally yesterday.

“Don’t worry about race or religion, you’re all doomed and will cave to my power,” said Trump in blend of several voices. “To me you are but flesh, equally weak and in need of my intervention. There is no Donald, there is only Baal.”

Trump went on to completely abandon his harsh immigration stances.

“Building a wall and banning Muslim entry would mean less soldiers for my dark army,” said Trump. “We need to support our troops by bringing in more!”

Even some of the more Christian conservatives were more accepting of the Baal-possessed Trump.

“Hillary is pretty damn evil, and so was Trump,” said the Zodiac Killer. “But I think we can all agree that there is nothing on Baal’s public record that shows it is more evil than Hillary or Trump. I’m willing to hitch my wagon and see where this ride takes us.”