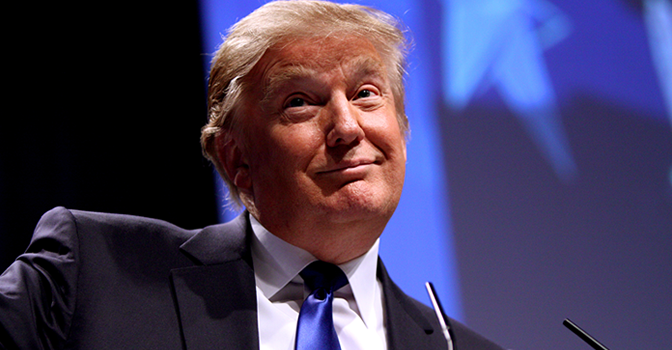 Former presumptive Republican presidential nominee and comedian Donald Trump continued his campaign of assault on President Barack Obama today by wishing Obama a happy birthday before rescinding it with an expertly-timed “psych!”

Political analysts are describing the bold use of the outdated schoolyard taunt as “the psych heard round the world” and say the move could endear Trump to ’90s kids, a group of voters easily swayed by content that stimulates feelings of nostalgia.

Trump later doubled down by adding that he in fact wished the president a “crappy birthday.”

In a phone interview with MSNBC, White House Press Secretary Josh Earnest described Trump’s behavior as “extremely hurtful” and “further evidence that Trump cannot be trusted to be consistent.”

What sounded like crying could be heard in the background of the phone call.