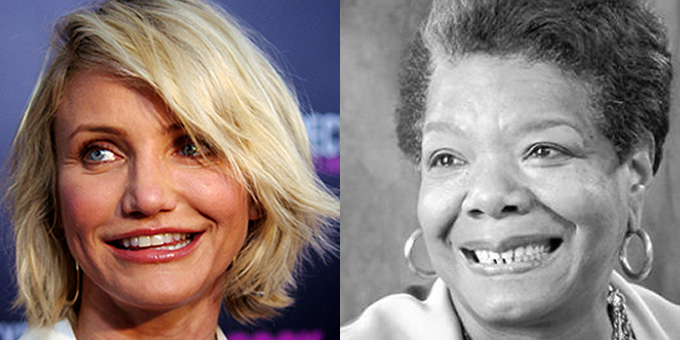 The news comes weeks after controversy involving a white actor being cast to portray Michael Jackson, and right before the Academy Awards which have faced criticism for failing to nominate black film artists.

Diaz promised to give the character a respectful interpretation by fusing Angelou’s personal history with the unique perspective of white culture.

She cited the Broadway smash Hamilton as inspiration.

Diaz said the film’s main ballad will be a country rock interpretation of “I Know Why the Caged Bird Sings” which is adorably titled “The Caged Birdy’s Honky-Tonk Tweet.”

Diaz said that she spent hours closely observing her birds in preparation for the performance.

At press time, the Academy applauded the move towards diversity and preemptively nominated Diaz for her performance.