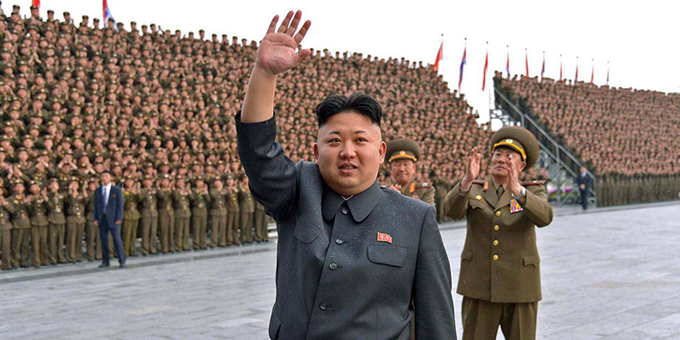 PYONGYANG—North Korean leader Kim Jong Un bragged to his subordinates about how hot his girlfriend is during his glorious 33rd birthday assembly today.

“She’s like, super hot,” said Kim. “She used to model when she lived in France, she makes Marion Cotillard look like a total uggo waffle.”

“Supreme Leader, may we see a picture of your new girlfriend?” asked one of his generals.

When asked if an opportunity to meet her would arise, Kim said it was unlikely as she is “super busy” and spends most of her days working on North Korea’s top secret hydrogen bomb program.

After pleas to at least share the beauty’s name, Kim appeased the masses.