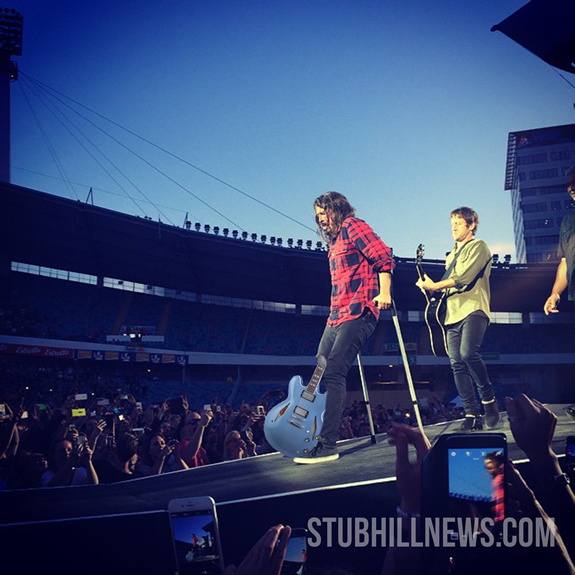 KANSAS CITY, Mo.—Friday night at the Sprint Center, before an almost sold-out crowd of more than 15,000, Foo Fighter’s lead singer Dave Grohl revealed he had undergone surgery to replace his broken leg with his favorite guitar.

Grohl said that the current tour showed him that his custom Gibson Memphis ES-335 was far more important and precious to him than his “shitty right leg.”

For much of the current tour Grohl has been performing with a broken leg due to an injury he suffered in Sweden while accidentally rocking out too hard.

Grohl also announced a fund to help poor children with broken limbs augment their bodies with instruments of their choice.