A YouTube video surfaced this morning of Walter Palmer singing “Be Prepared” that was apparently uploaded a week before the killing of Cecil the lion.

Palmer, the Minnesotan dentist and brave warrior, is currently at the center of a scandal involving the illegal killing of a Zimbabwean lion.

“Be Prepared” is the song performed by Scar in the lead up to the tragic murder of Mufasa in the 1994 Disney documentary The Lion King.

In the video, a superimposed Palmer sings the song over looped footage of goose-stepping hyenas.

Revelation of the video draws into question Palmer’s claims that he was unaware that his hunting of Cecil the lion would be an illegal act. 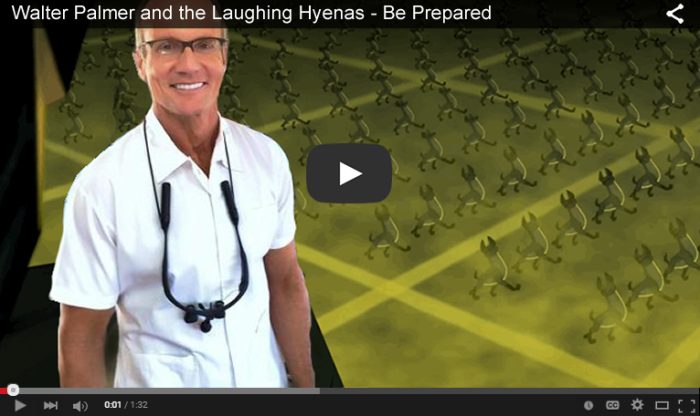