In a press conference today, Donald Trump condemned Obama for ordering flags to half-mast adding that fallen soldiers are not heroes.

“They are not heroes,” said Trump before immediately modifying his original remarks,”They’re heroes ’cause they were killed. I like people that weren’t killed, OK?”

“Captain America, Batman, Superman, Spider-Man, Wolverine; these are real heroes, and they never die,” Trump continued. “Especially Wolverine, that guy wouldn’t have been stopped by some bullets that were probably made by some Chinaman.”

Trump then doubled down on his statements after some members of the crowd began to heckle him.

“Listen, I’m rich, and I don’t think we should be rewarding dying by lowering our majestic red, white and blue,” Trump said. “Obama is only lowering the flag halfway because it’s part of his ultimate goal of lowering it all of the way. Put our flag back up, Obama!”

When journalists pointed out that the super heroes Trump listed had previously died in comics, Trump countered with, “comics are for nerds, I’m talking about the far-superior, more lucrative movies,” to which the crowd began booing. 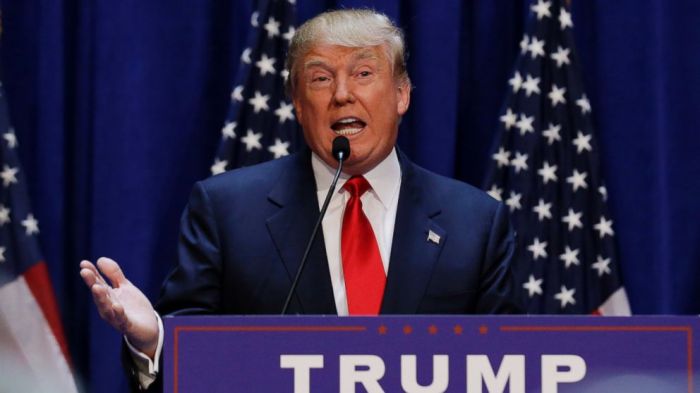