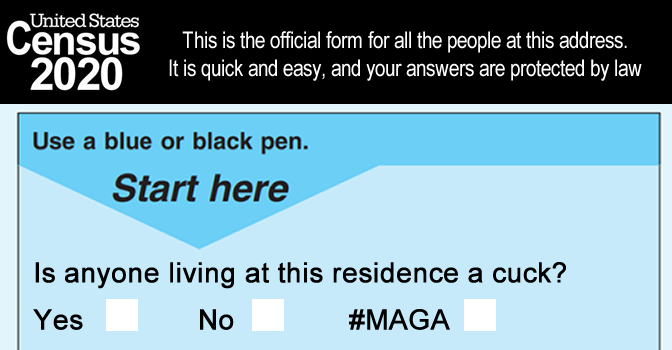 Stubhill News has learned that the 2020 Census questionnaire will begin with a question seeking to identify households where cucks reside.

The controversial move is not expected to be met with political resistance, according to Stubhill’s resident political science analyst Barry Manilow.

“Mark my words, they’re just going to sit there and watch it happen,” said Manilow.