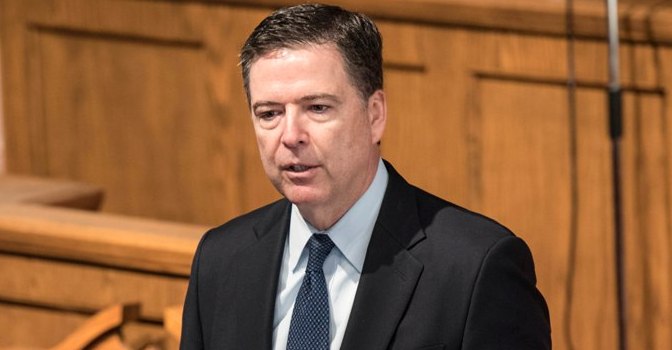 Former FBI Director James Comey delivered a bombshell this morning during his open testimony before the Senate Intelligence Committee.

“Trump threatened to tickle me if I didn’t agree to derail the FBI’s investigation into Flynn’s connections with the Russian government,” said Comey. “He moved on me like a tickle monster, but thanks to my FBI training he was unable to get there.”

Comey then claimed that Trump said no one would believe Comey if he “tried to squeal” due to how “bigly famous” the president is.

The testimony seems to confirm recently leaked audio of Trump revealing that he moved on Comey like a little biznatch.

The revelation drew audible gasps from the Senate panel and gathered press as they reflexively covered their armpits.

At press time, the Senate had moved to the complement and ogle phase of the hearing.