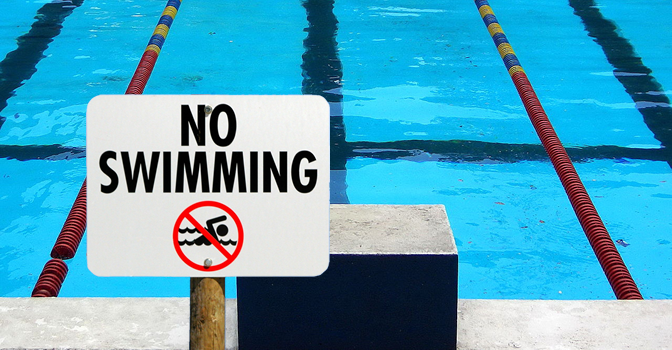 U.S. citizens have been ordered to cease operation of all swimming pools by a new executive order.

The executive order, which institutes “a 90-day freeze on swimming pools until we can figure out what the Hell is going on,” is being hailed as a success for citizen activism.

President Donald Jarule Trump said he was inspired to issue the executive order after someone on Twitter pointed out that more Americans die in swimming pools every year than those who die due to terrorism.

Trump took to the nation’s Twitter to discuss his latest move.

“I’m going to make America safe! Not every enemy is foreign, some are ‘domestic,’ like swimming pools,” tweeted Trump. “Did you know cars, guns, beer and even our own police all kill more than the so-called terrorists? Sad!”

At press time, ISIS claimed responsibility for the annual average of 3,500 deaths which were previously classified as unintentional drownings.