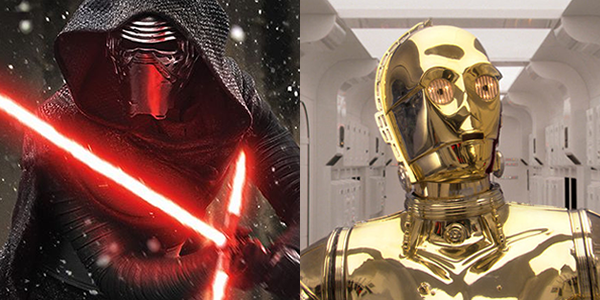 A source is reporting that the newest Star Wars’ Sith villain Kylo Ren is C-3PO.

Many fans had speculated that the identity of the new villain was likely Luke Skywalker due to the character not being shown in the new trailer for the film, but few seemed to take note of C-3PO’s absence from the trailer.

Skywalker’s absence was nothing but a clever misdirect according to our source.

Our source revealed that the plot behind C-3PO’s rise to a Sith lord is related to the droid’s initial creation and programming by Anikan Skywalker, who eventually became Darth Vader.

“J.J. Abrams has created a scene where you see Darth Vader backing up his memory on a captured C-3PO at a point during the original films,” said our source. “Abrams plans to keep with the spirit of the franchise that Lucas established and will be shoehorning the clip into the original films for the next re-release.”

The film will apparently focus heavily on the tension C-3PO’s turn to the dark side creates with R2-D2, his fellow droid and life partner.