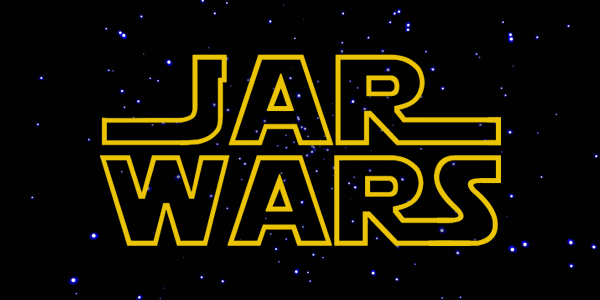 Abrams is best known for his television series Lost, his reboot of the Star Trek franchise, as well as his most recent venture into the Star Wars franchise.

“I’m pleased to announce everyone’s favorite Gungan will star in his own movie,” the director tweeted. 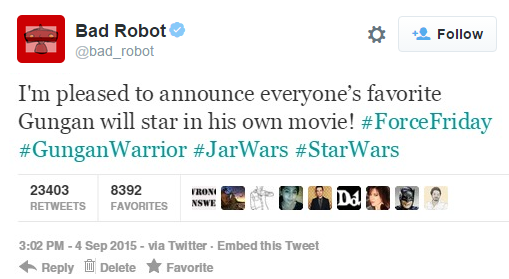 The new movie will be titled “Jar Wars: Gungan Warrior.”

“Me and George [Lucas] have been talking and we really wanted to stay true to his original vision,” said Abrams in an exclusive interview with Stubhill. “We really wanted to bring the heroes we have grown to love to the big screen again.”

“The Phantom Menance is a cinematic masterpiece that is arguably better than Citizen Kane, I’ve seen it at least a thousand times,” said Abrams. “In fact, I’ve never watched any other Star Wars movie.”

Abrams revealed that the Marvel character Thor would make an appearance in the movie.

“Well you see, Disney owns both Star Wars and Marvel,” Abrams said with growing excitement. “I hope to expand the universe for further crossover in both franchises. I think Thor is a good start. His action figure always wins against my Darth Vader action figure in a fight. Sometimes Jar Jar comes in and saves Thor. You guys should come play action figures with me sometime.”