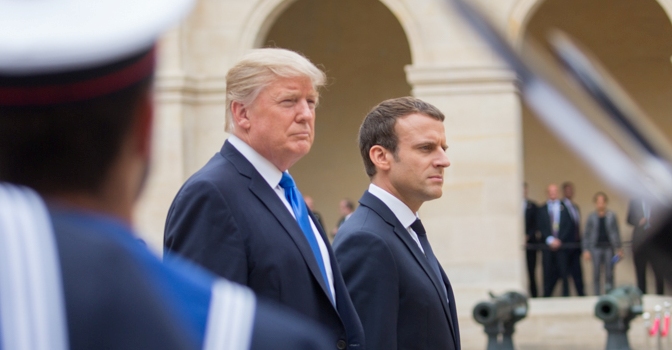 The meeting started 15 minutes late, which according to Trump’s senior adviser Jefferson Davis, “the President hates when people make him wait a few minutes.”

To which a furious Trump replied, “You show up late, then call me a retard and a douche?”

“No, the shower…” Macron began to explain in English.

“What do you mean ‘the shower!?!” Trump replied.

Trump, now glowing red, stormed out of the room.

Sources close to the president cannot confirm what exactly upset the president, but are nevertheless optimistic that after taking three days off golfing and eating McDonald’s that he should be ready “to renegotiate French stuff.”