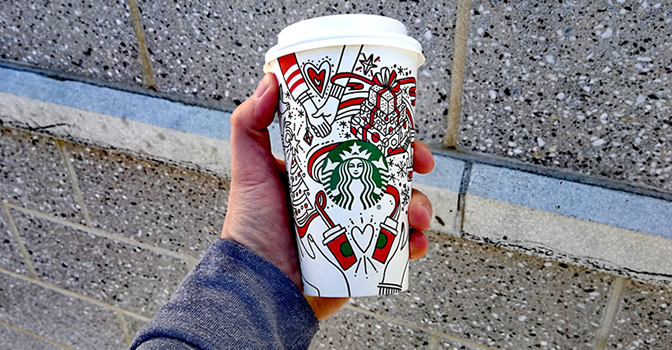 The annual conservative backlash in response to the Starbucks holiday cup design has begun.

According to deeply embedded sources within the christian community, many are now upset that the cup is just “a little too Christmassy.”

That’s when they aren’t concerned about the ambiguity surrounding the genders of the clasped-handed cartoon couple featured in the cup’s design.

According to our sources, every-day American Joseph Sicspock described the cup as “too showy” and “trying too hard” like Starbucks “has something it is trying desperately to hide.”

When reached for comment, the Starbucks’ PR team simply responded with “JFC.”