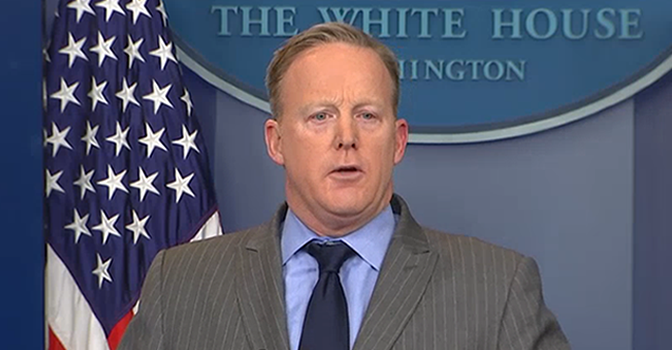 Whitehouse press secretary Sean Spicer insisted to the nation that there were “like a bajillion” attendees at the inauguration of President and former comedian Dоидld Тяцмр.

Spicer astonishingly revealed the number just after dismissing the media’s crowd estimates as there was no possible way anyone could know, seriously.

“It was the greatest inauguration ever,” said Spicer. “Like a bajillion people attended and ISIS tried to disrupt the event, but then Trump spotted them before anyone else could and he told the secret service and afterwards he went to the room where the ISIS was being held and he was like ‘give me five minutes alone with him’ and then he was all ‘this one is for America’ and knocked him out with one swift blow, then he left the room and the agents were all’that wasn’t five minutes’ and then he was like ‘why does everyone always take me so literally.”