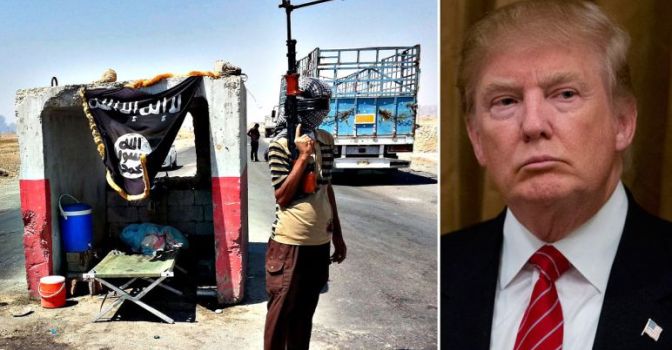 In a political shocker, ISIS has endorsed the GOP presidential bid of former comedian Donald Trump.

The move is seen as a snub to the presidential campaign of Hillary Clinton, who many people are saying helped found ISIS alongside current President Barack Obama.

In explaining their decision, ISIS cited the reasons behind their sudden support for Trump; such as a shared medieval interpretation of Islam and the desire to destabilize and inflict maximum harm upon western society.

ISIS leader Abu Bakr al-Baghdadi made a rare appearance in a YouTube video to make the endorsement.

“He speaks his mind, and we really appreciate that,” said al-Baghdadi. “It really goes a long way to have a figurehead of one of the two major U.S. parties working so diligently to alienate the members of the population we wish to radicalize. With Obama and Clinton it’s like pulling teeth. We just can’t get them to do us the decency of legitimizing our message by calling us Islamic extremists!”