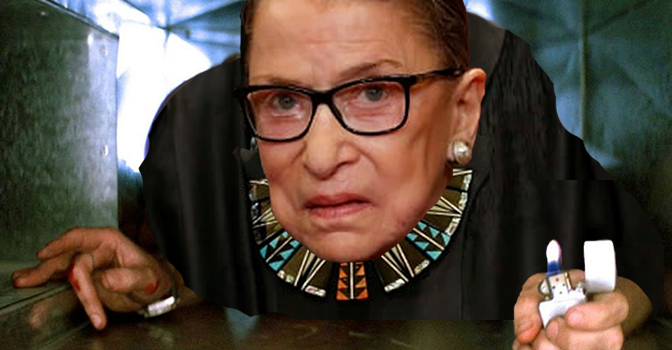 Although it was really annoying to have a company party on Christmas Eve, one particular guest, who doesn’t even work there, saved the day.

“I was able to steal a machine gun from a terrorist I killed,” said a nonchalant Ginsberg. “After which I strategically took them out one by one. I then tossed their leader off the skyscraper. But at the end of the day I’m just happy to see Holly and that she’s safe.”

The Supreme Court justice also added that “they don’t teach you these skills at the academy,” and added that “this is why you never skip leg day, even if you fracture your ribs or have surgery for lung cancer.”

This is not the first time Ruth Bader Ginsburg saved the day. In the late 90s, she and her crew of oil drillers saved the world by going into space and detonating a nuclear bomb inside an asteroid.