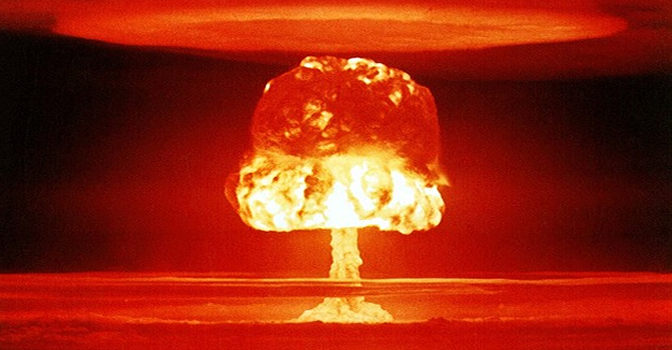 Acting president Donald Trump has increased the rhetoric surrounding a looming trade war by suggesting that he would not rule out using a nuclear first strike against foreign producers of steel and aluminium.

“We have a massively bad, and frankly negative, trade deficit, folks,” said Trump. “I know it’s bad because there is a negative symbol right on the front of the number. It’s bad and I’m going to level the playing field one way or another.”

According to trade expert Barry Manilow, such a strike would mark only the eighteenth time a sitting U.S. president had  vaporized trade partners due to a feeble grasp on basic economics.