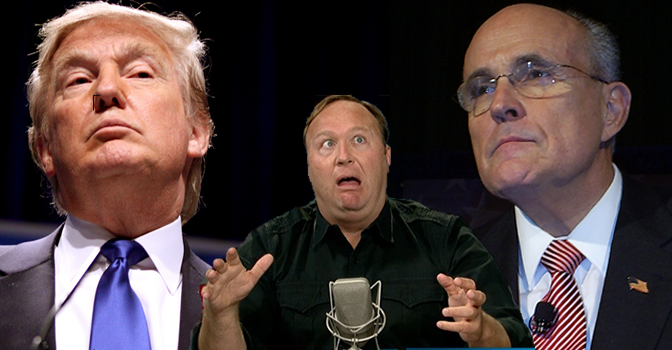 NEW YORK CITY—Former New York City Mayor Rudy Giuliani has announced his support for the theory that 9/11 was an inside job.

“We must stop Clinton and these global elites from ruining this country even more than they already have. The big banks, the Establishment, and the media are all working together and only Trump can fix these problems,” said Guiliani. “I didn’t want to believe it but I started reading some blogs and saw some YouTube videos and now I know the government has been lying to you!”

Giuliani said he discovered the Truth while watching YouTube videos made by Alex Jones, a leader among the conspiracy theorist community who is also a friend of Donald Trump.

Guiliani went on to exclaim that “we cannot trust Clinton and the Old Guard! Wake up, sheeple!”

Stubhill reached out to Giuliani requesting comment on the fact that many conspiracy theorists claim he held a role in the attacks.

“Listen, I don’t even know. I didn’t think I played a role but you should see the footage of me, it’s pretty compelling,” said Guiliani. “Did you know that jet fuel burns at a lower temperature than the melting point of steel?”

The former mayor also asked us to plug his new Angelfire blog Rudy4theTruth, but advised us to be careful searching for it because “they’re watching.”