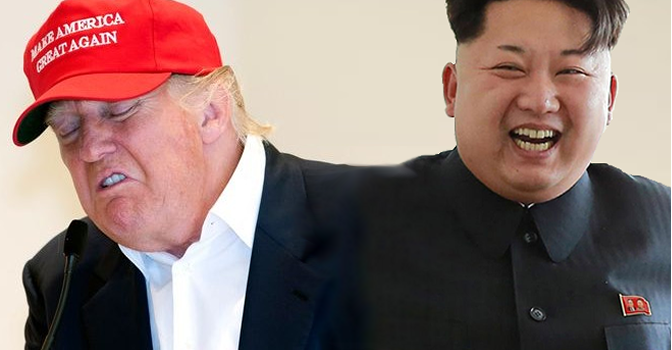 Presumptive GOP presidential nominee and former comedian Donald Trump has revealed that Kim Jong-un is on the short list of likely running mates.

The announcement came hours after news broke of praise for Trump being printed in DPRK Today, a North Korean state-run newspaper.

The response from the Trump campaign was quick.

“I’ve said it before; Kim deserves credit for his leadership abilities,” said Trump. “He’s easily in my top five picks for VP.”

Trump took care to preempt criticism of his potential selection.

“People who would condemn the selection of Kim are nothing but a bunch of PC human rights Nazis,” said Trump. “Not that there’s anything wrong with Nazis.”