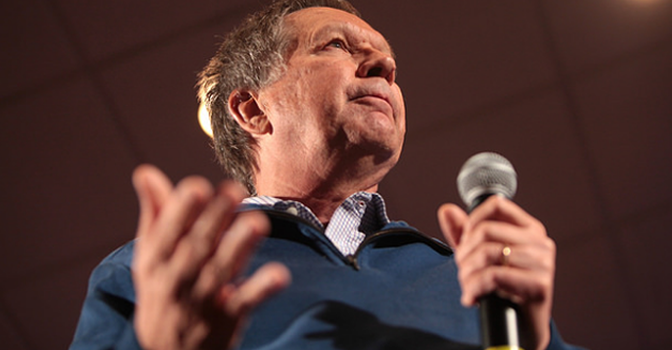 “This may cause some controversy,” Kasich said while holding up crossed fingers and biting his lower lip. “People are going to talk about this all over the news.”

Kasich smirked for a moment and then turned his face super serious.

“I have been having an extramarital affair,” said Kasich just barely containing a giggle. “She’s this girl from out of town – you probably don’t know her. But we totally had a scandalous affair and now my wife is sooo super angry!”

Karen Kasich took the microphone and exclaimed “Yeah I am so mad! But we will see through this controversial moment and the huge media storm that comes with it.”

Mrs. Kasich was seen giving a thumbs up to her husband as she walked off the stage.

After the event the couple was spotted high fiving.

Stubhill News asked Kasich if he feared that the alleged scandal would give his opponent Donald Trump ammunition, to which he responded, “can’t we just focus on me for one damn second? What does it take to get press coverage in this country?”