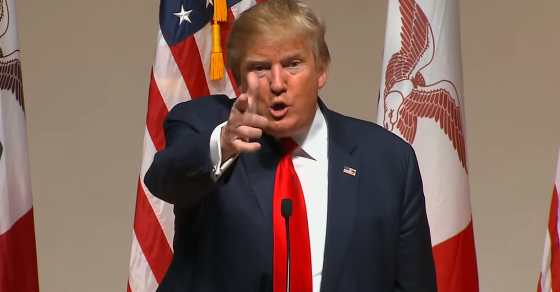 Acting President Donald Trump, who once hinted that Hillary Clinton may need to be shot due to her political agenda, has responded in horror after Republican members of congress were shot at due to their political agenda.

“If she gets to pick her judges, nothing you can do, folks,” said then candidate Trump. “Although the Second Amendment people, maybe there is, I don’t know.”

In the video of the quote you can see a man to the left of Trump laugh at the casual suggestion of political violence.

At press time, Trump’s supporters were disturbed by his shifting stance on political violence.