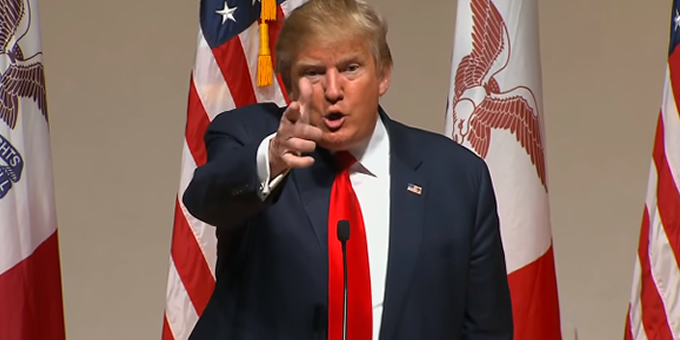 Donald Trump’s comments during a campaign event that he could shoot someone in the middle of 5th Avenue without losing votes have lead to a security lockdown in New York City.

The reaction came quick after news of the candidate’s comments spread Saturday.

New York Gov. Andrew Cuomo enacted a travel ban, stressing that it had nothing to do with historic snowstorm hitting the city.

New York City Mayor Bill de Blasio directed the police to be on a city-wide lookout for Trump, granting authorization to use deadly force on anything “orange and mobile.”

Stubhill News will have more on this story as it develops.